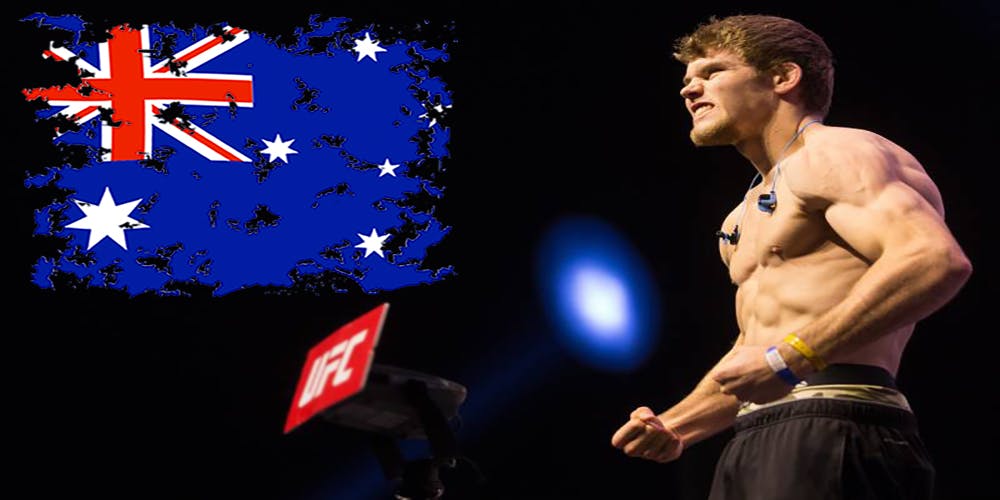 Jake Aaron Matthews is a 25-year-old Australian mixed martial artist, who is currently competing in the UFC’s welterweight division.

Matthews has debuted as a mixed martial artist at the age of 18, which was in September 2012. He was competing for regional promotions in the Greater Melbourne/ there he compiled a record of 7-0 prior to joining the UFC.

This year has been very successful for Matthews. He won a fight with Rostem Akman via unanimous decision. He has also scheduled the fight facing Emil Weber Meek on the 23rd of February 2020.

Jake Matthews was born in Melbourne, Australia. He began training in mixed martial arts out of a shed in the backyard of his parent’s fouse. He then was sparing with his younger brother and was coached by his father. At this point, his father might be the one to coach some other athletes as well.

In December 2013, it was announced that Matthews would be a cast member on The Ultimate Fighter Nations: Canada vs. Australia, representing Australia at welterweight. Matthews went on to lose his opening fight in the tournament, dropping a unanimous decision to eventual finalist Olivier Aubin-Mercier and was subsequently eliminated from the show.

Matthews has a complex career in UFC, he has been beaten several times and other times he has won the ultimate and the hardest battles. It is something about his charismatic character that determines the outcomes of each battle for him.

After winning a fight after his stint on TUF, Matthews made his official UFC debut on 28 June 2014 at UFC Fight Night 43, where he faced promotional newcomer Dashon Johnson in a lightweight bout. Matthews defeated Johnson via submission in the third round.

For his second fight with the promotion, Matthews faced Vagner Rocha on 8 November 2014 at UFC Fight Night 55. Matthews won the fight via second-round submission.

Matthews faced James Vick on 10 May 2015 at UFC Fight Night 65. He lost the fight via submission in the first round.

Matthews was expected to face Mickael Lebout on 18 July 2015 at UFC Fight Night 72. However, Matthews pulled out of the fight on 9 July due to the injury and was replaced by promotional newcomer Teemu Packalen.

It was back in 2016 when Jake Matthews suffered from a seizure in an elevator in Sydney. He was dragged unconscious across a hotel lobby in the final hours of a weight cut before facing a jiu-jitsu world champion in the UFC. it was also only one day after he had lost in Melbourne to a guy he should have easily defeated, as he recalls to himself.

Jake is good friends with the superstar of the UFC Robert Whittaker. It was Robert who insisted on changing the weight and going forward with the UFC even after the seizure and after he has lost his fight in Melbourne.

2019 has been very interesting as well as the innovative year for Jake Matthews as this year his first daughter Alani was born. The 25-year-old MMA fighter had a pleasure to welcome his first child on the 5th of January 2019.

The path of becoming the worldwide known MMA athlete did not come easy to Mathews due to the health issues that he has been suffering from childhood. He had a serious condition and might have damaged it even more. He was left with a single ligament in each of his knees the other are torn up. He has spent some time in the wheelchair as well due to his broken ankles and hips. Despite all of the troubles, he is still going strong in the MMA and definitely deserved the victories with the huge effort he has made so far.