Vacancy for the robot casino dealer is opened! 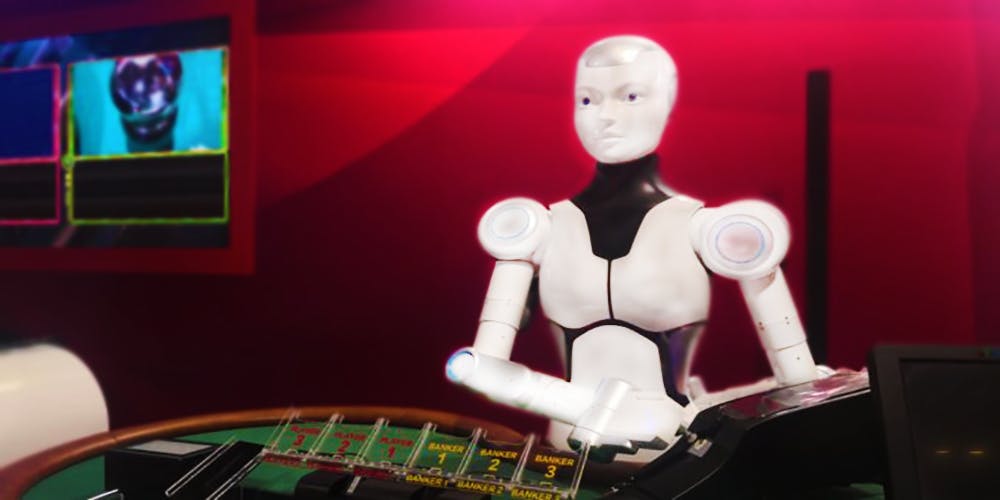 There is something very specific about the 21st century and this specification is about the technologies and the technological era. Much more interesting features come by every day and are added to our gadgets and digitals daily. This is both exciting and scary as well.

Technological advancement is not new to different fields. For already a couple of years we have our smartphones, that have all of the functions in order to make our life easier. We can even communicate with the gadget, which even two decades ago was something that we would have never imagined. We have different technological types of equipment at home, small or big robots that assist us in daily life.

We started with the washing machines, that was the first thing to change humans in making the daily life of the very middle-class family easier. Then it was different from other technologies that we can find at home. Now we have Alexa and Sofia. Sofia, who is the most sophisticated human type AI robot. She has plenty of information, she looks like a human, she acts like a human, she maneuvers and in indeed intellectual. Here we are, we made creatures that are more sophisticated and clever than us.

Technologies keep advancing and new features keep being added to the devices every time. Scientists and engineers try to come up with some more innovative ideas and to create some more sophisticated AI devices and robots, in order to make their existence in the society legit.

Many spheres and fields started the digitization process. The automatization process changes the human force. This affects the labor market, unemployment rates, salaries and the society in general. Already many jobs have been extinct and by the next decade, even more, will join them in the list. This is because of several reasons, robots are easily controllable, they do only something that is ingrained in their software brain and they are way cheaper than having a constant employee, who needs the salary, the attitude, the insurance and etc.

The tendency of automatizations moved to the gambling industry, which is one of the biggest and highest revenue industries throughout the world. Previously, the machines have been used only in the games, with the arithmetical and algorithm purpose, while now the new robot dealers have already been introduced to the society.

The company which is in charge of creating robots for the casino industry is called LT Games, which is also a subsidiary company of Paradise Gaming, the Hong-Kong based firm. According to some sources, the robot will be very much human-like and will be fully implemented in stock after several more years of development. Many casinos will be able to offer the costumer’s card games against the machine. And this sounds very exotic at this point.

The reason for the beginning of the automatization process lies with the raised complaints and concerns by many operators. The complaints are mainly about the lack of experienced dealers and the inability to have an efficient workforce in the state. The solution for this might be the introduction of robots. The other question is how well-skilled they will be at some point. Will they really be as intuitive and pragmatic as humans are? Well, time will show us.

There has already been a first glance on the product, which was presented at the 2019 MGS Entertainment Show, that took place in Venetian in Macau. The product was rated and described as a machine that could help local casinos to keep fun despite lacking proper manpower. The comment was made by Ross Zhang, who is a quality assurance engineer in LT Games.

Despite the presentation, which was held recently, this is not the first time we heard about it. The company has been working on the project since 2015 and has done amazing progress, though the machine which needs to me maximally human-like still does not have implemented AI, which is the first in the list for the robot developers.

Though, there are some reasons why the company resists implementing the AI in the robot. As Ross Zhang has explained, adding AI to their product will increase the possibility that the AI would be able to calculate the probabilities and influence, which can further affect the gameplay in every card game with the machine dealer.

The company indeed does not want to make gambling less fun and anyhow affect the gameplay of the visitors, that is why the final decision has not yet been taken. Though the technological era has truly begun and the gambling industry is the one which will be included in the list from now on.