Top 10 movies about casino of all time

Whether you are a movieholic or not. There are definitely some movies that you need to watch. And, whether you are a gambler or not, there are some exciting films that feature casinos. Many of them are really worth watching! So, without further ado, let us present you with a list of the top casino-related movies of all time.

Casino Royale is one of the most famous casino movies of all time. The movie is not only known by or for its evocative title, but for the legendary agent, James Bond. The movie was released in 2006 and directed by Martin Campbell.

The movie revolves around the agent, James Bond trying to stop a terrorist, Le Chiffre. His task is to prevent him from winning a poker game and escaping back to his deprived community. The game is risky, though that is the whole fun! 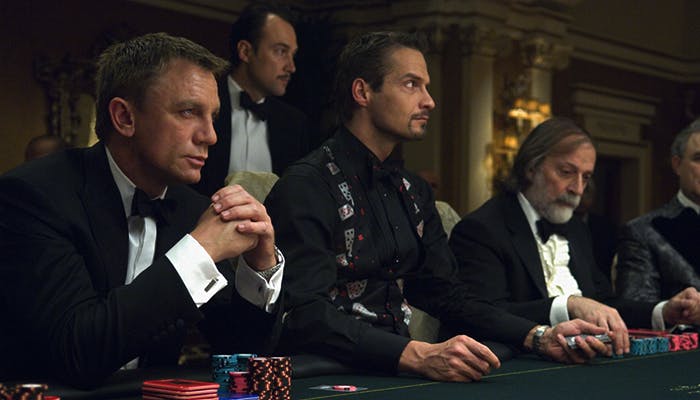 Another great casino motion picture was directed by Terry Gilliam in 1998. The main character, Hunter S. Thompson, is played by the seductive Johnny Depp.

This is a film about a lawyer, who comes across drug dealers, police and gamblers on his way to the American Dream. The movie is a vivid representation of Las Vegas (aka “Sin City”). 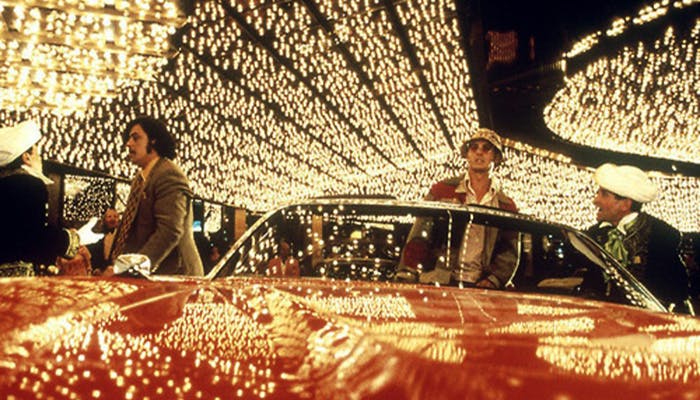 If you love comedies or at least appreciate a jolly good laugh, then The Hangover is something for you. The movie was directed by Todd Philips in 2009. The movie is about a group of four friends. Once the friends travel to Las Vegas and enter a club to celebrate the bachelor party, the whole fun begins. What do we mean? The drugs, casinos, Mike Tyson tattoos and a hilarious marriage. What happens in… You know the rest! 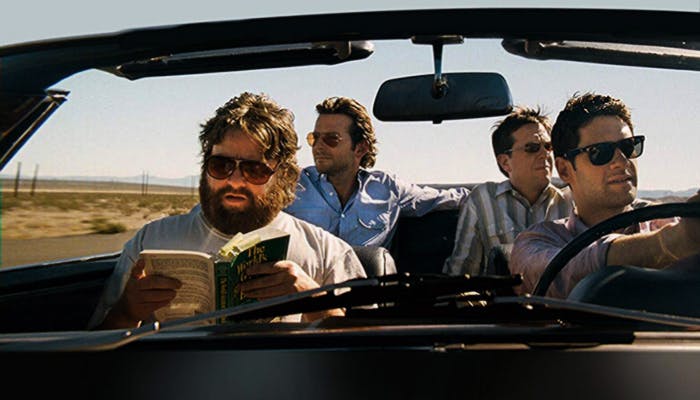 Martin Scorsese is one of the most outstanding movie directors of all time. It is no surprise that he has “gifted” us with another great movie: Casino. The main character is played by Robert De Niro. The movie is about an ordinary casino operator and his childhood friend that gets involved in the mafia. Together, they have to deal with shady power-sharing alliances, murder and casino gangsters. 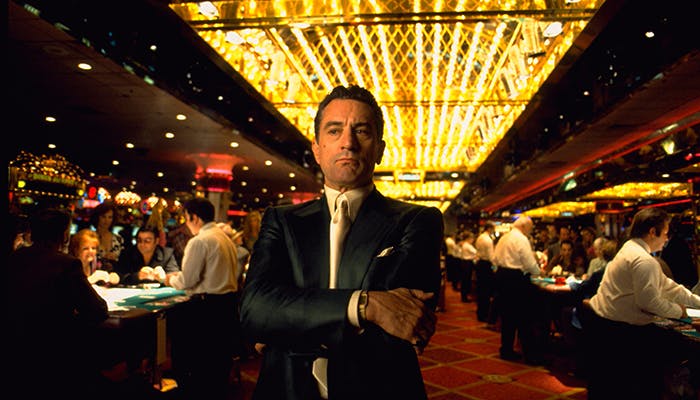 Let’s say that this is one of the most legendary movies of all time. It was directed by Steven Soderbergh in 2001, with stars such as George Clooney and Brad Pitt. The movie is about the main character, Danny Ocean, conducting the largest heist in history together with his 11 friends.

The action takes place in Bellagio, Mirage and MGM Grand, the largest casinos in Las Vegas. Can you guess what happened to $150 million in the film? 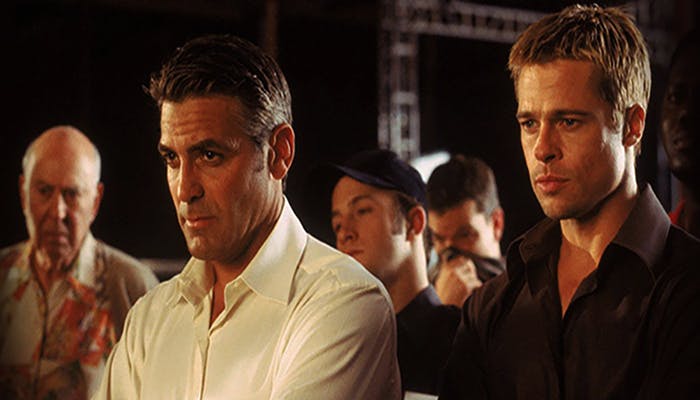 The movie was directed by Robert Luketic in 2008. The story revolves around a family that is expected to pay up $300,000 in tuition fees. The family cannot afford the payment. But the main character is a very talented young man. What do we learn? Counting cards and being a student, working in Las Vegas casinos. It can be quite “profitable”. 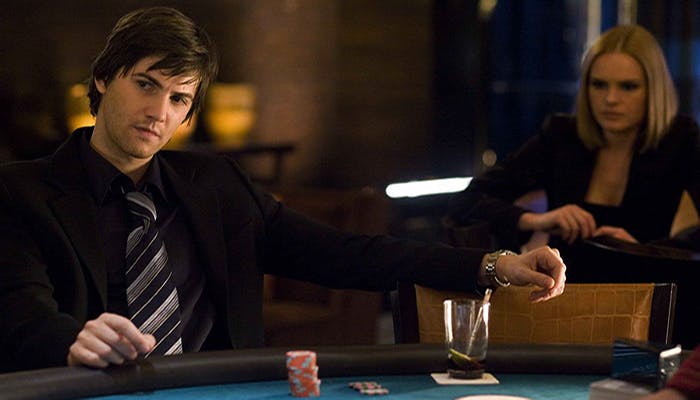 The movie is about a law student who has some great skills in dealing with card games, especially poker. Sometimes, this can be very dangerous. Especially when you lose money to a Russian mobster. There is only one decision that can be made: get the money, no matter how.

The movie was directed by John Dahl in 1998. The main character, Mike McDermott is played by Matt Damon. 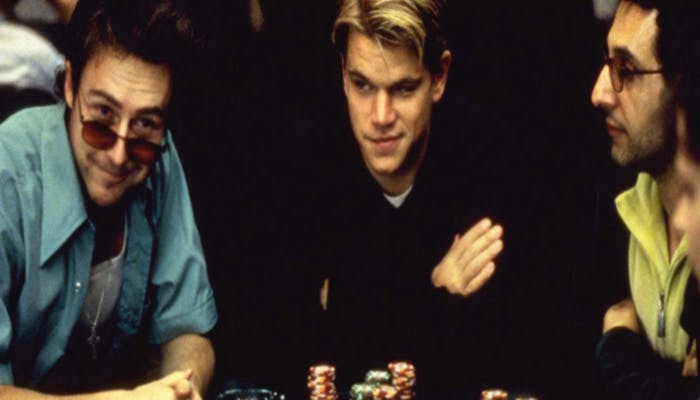 This is one of the oldest movies on the list. It was released back in 1974, by the director Karel Reisz. The movie portrays follows the capture of an English professor, who is also a respected writer. The main character, played by James Caan, suffers from a gambling addiction. It hits you really hard, once you put everything into perspective. Watch it, and you will know what we mean. 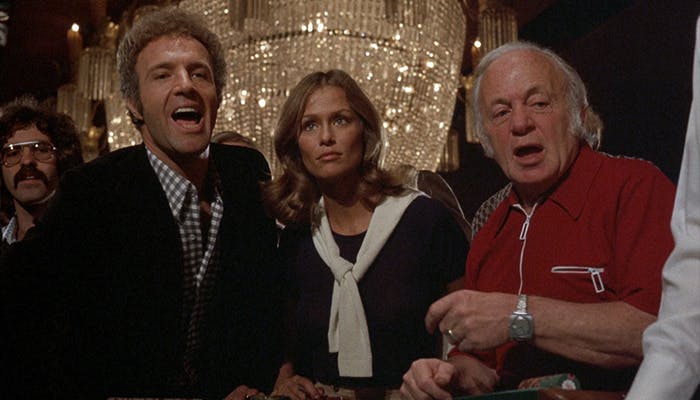 The director of the movie is Barry Levinson. The release dates back to 1988. Two great film stars are present throughout the movie, Tom Cruise and Dustin Hoffman. The film is about two brothers, who want to win big money by playing blackjack. But on the way, they have to deal with the law and come to terms with some silver lining. 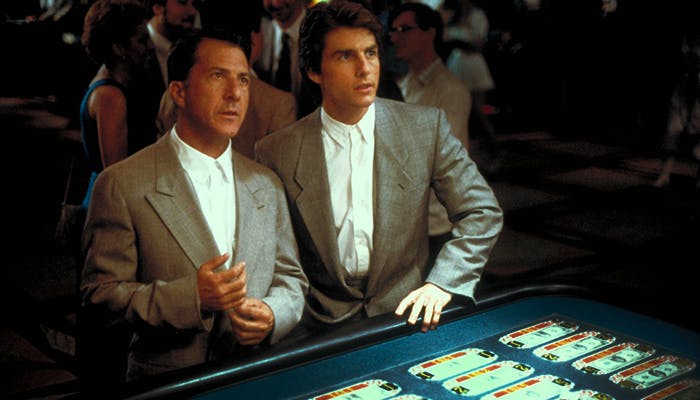 The last, but not least, is the movie directed by Mike Hodges in 1998. The motion picture is about a writer, played by Clive Owen, who started his job in the casino as a croupier. At some point, he does something that should not be done: under-table dealing. This is the moment when the film speaks the truth about gambling and its conventions. 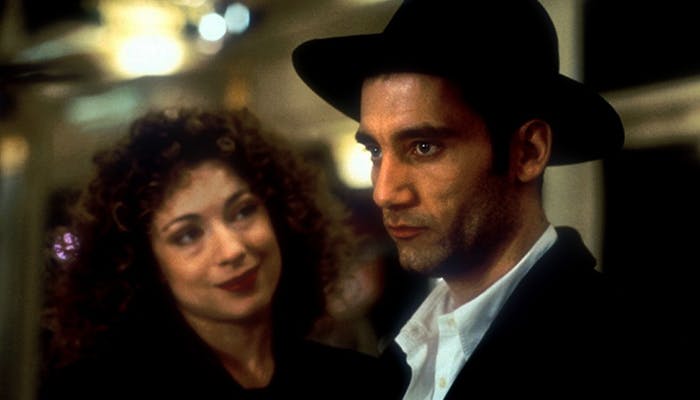