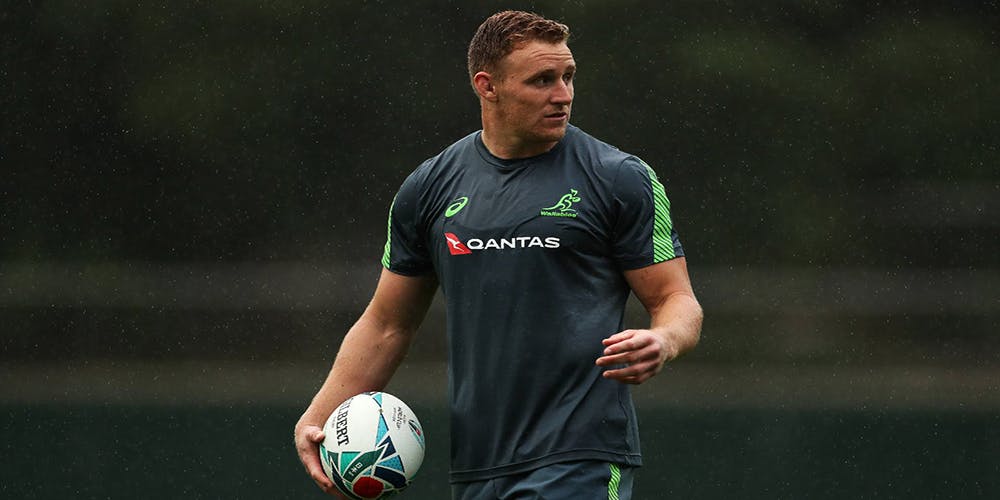 Reece Hodge has re-signed with the Rebels rugby team until the 2023 World Cup in France and stays in the Australian Melbourne-based Super Rugby.

Reece Hodge has been called to play in different teams overseas, that have proposed him the great abilities as well as the great opportunities, though the player decided to stay in Australia. He has been interviewed soon after his decision, where he states that he has turned down the offers of going overseas in order to stay in Australia for a long time.

He has stated that he is very happy for the given opportunity in Australia and he wants to secure his future in Melbourne, with Rebels. Melbourne has become a home for him, while the Rugby Australia and Rebels have become a family, as he has been part of them ever since 2015 and currently is not even considering to change his state from the long-time perspective.

The Great Member Of The Great Family

Reece Hodge is the owner of 39 caps and he will be the senior figure for the Wallabies in 2020.

There still are some questions behind his performance and the role that he will be taking, even if considering the fact that the former coach of the Wallabies, Michael Cheika, has used the 25-year-old Hodge on the right-wing in 2019, while he has also used him as a midfield and fly-half against Japan back in 2017. Perhaps due to the variety of the positions the player has taken so far and fulfilled all of them with the success he is known to be the versatile back, and that’s for a reason.

There will be some positive changes within the team. The Wallabies will have the change of the coach and consequently have a different strategy for 2020. The head coach of the team will be Dave Rennie, from New Zealand and the attack coach will be Scott Wisemantel. This is even more exciting for Hodge, while it also means that he will most likely be used in the midfield or a fullback, neither of which should be a problem for the versatile player.

What Does The Hodge Say?

The player states and expresses his eagerness and excitement to play in the Australian rugby. He also stated that he has only been coached by the former head coach of the Wallabies, Michael Cheika at the international level, which will add an extra feeling with Dave Rennie as well as Dave’s new coaching staff, that will take the place form the next year. He seems to be very focused and excited about his future in Australian rugby with some new experiences and feelings. Hodge was given his maiden cap by Michael Cheika back in 2016.

Despite there have been already 12 international tries to find a new home for Hodge, he knows and often finds his way to the try line. Some positive comments and feedbacks have been given in his name via the Director of Rugby Australia’s Scott Johnson. He has outlined the qualities of Hodge and has also recalled him as a versatile back as well as talked about the vital and important role that he has to play in order to go forward for the Wallabies.

To be even more precise, Mr. Johnson has characterized Reece Hodge as a talented young player, who is capable of playing across almost every position in the backline. He outlined Reece’s speed and a strong skill-set. Coming out of his words Reece is a world-class goal kicker that can be a quality asset for Wallabies for the next few years.

Mr.Johnson also added that Reece had already had a great experience in the Wallabies and he can actually continue building his skill asset on the experience, especially the opportunity to set his sight in the next World Cup in France.

Finally, Scott Johnson said that they are very happy to have him locked up for the next four years on behalf of the whole Rugby Australia’s.