The Gateway 2019: nominations and forecasts 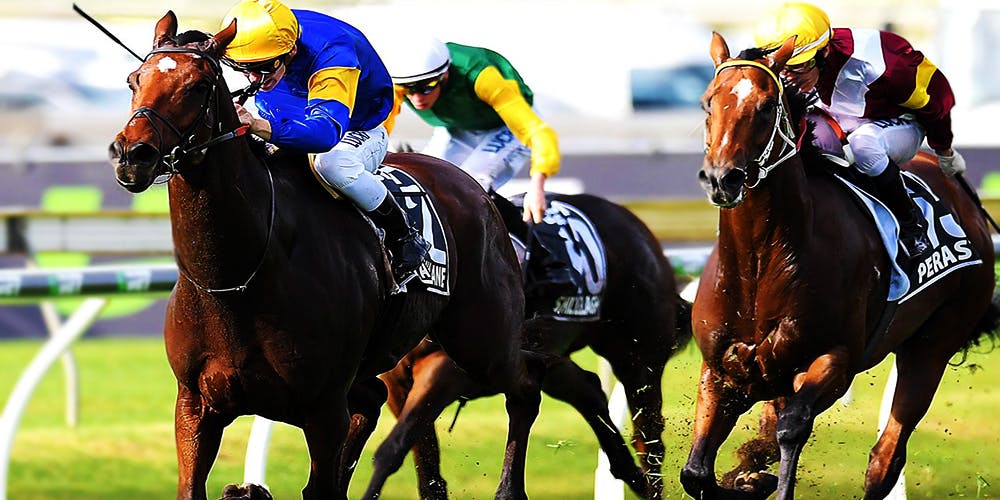 The Gateway is a $250.000 horse race. The horse race is the annual type of event that takes place at Eagle Farm racecourse in Queensland.

The total prize pool is $250.000. The horses that want to participate in the competition should be from three to four years. There are several more limitations to the contest. One of them is the weight. Weight control is very strict and has been under observation. The weight should correspond to the age condition of the horse.

This year, the Gateway will be held in the Eagle Farm on the 14th of December at 5:32 PM.

Horse racing has been one of the main sports in Australia for several centuries already. It is the main event and all of the citizens are very actively involved in the racing. It is also one of the best opportunities to bet. To say more, Australians love to bet and horse racing is perhaps one of the best ways to fulfill the desire. Moreover, they have a great opportunity to place their bets on the horses as there are a lot of events with the horse race involved, consequently, punters have some time to hold the observations and choose the right tactics.

Some of the main bookmakers of the country such as BetEasy and Sportsbet offer very quick and easy online betting services, especially for The Gateway contest. It is a very simple platform and it is even simpler to navigate your own way to the right market and place odds of the horses that you wish for.

Most of the bookmakers offer the live streaming of the event in order to make the experience even more comfortable.

This year there will be 15 nominations for The Gateway. Among them s Miss Fabulass with the trainer Kris Lees.

As mentioned before the trainer of Miss Fabulass is Kriss Lees, and he seems to have some serious plans for the Gateway 2019. He targets $250.000 for his four-years-old at the Eagle Farm, which will take place on the 14th of December 2019. The decision apparently was even more obvious with the remarkable finish of Miss Fabulass to win at the listed level at Doomben.

Miss Fabulass is the descendant of Frankel and Samantha Miss. The blueblood was more than four-length off the leader with 100 meters to go in the $125.000 The Spirit Of Boom Classic for mares and fillies before unleashing a barnstorming finish to win by a short neck.

It was the brilliant but temperamental speedster’s first win since dominating the group 2 Tea Rose Stakes (1400m) in September 2018.

The victory of Miss Fabulass was especially pleasing and satisfying for the trainer Kris Lees, who has listed Samantha Miss as the best and his favorite horses ever.

The trainer has been talking about his trainee very well so far, he has made several comments since the last victory. Miss Fabulass has overraced badly at several starts between her victories, and connections even turned to an equestrian specialist to work with her.

Though according to the words of Kris Lees, he has always known that the spirit of victory was always in her, and her victories were not much of the surprise to the stable. Though, he has also mentioned the frustration that she has brought to the whole team. Kris Lees also outlined the hard and efficient work of the whole team and that they have done an incredibly great job with her to get her head right.

He said The Gateway was a likely next target for Miss Fabulass. The winner of the race gains a ballot-free exemption into the 2020 Stradbroke Handicap.

“She’ll probably race there again in three weeks,” he said previously. “It’s a new race for four-year-olds so we’ll keep trying to give her confidence in a softer grade before we test her too much.

“She’s already won at Group 2 level and probably should have won a group 1, then she lost her way a little, but she could easily win a feature race at some stage in the next 12 months.”

With this being said, the annual Gateway seems very promising and interesting both for the audience as well as for punters.