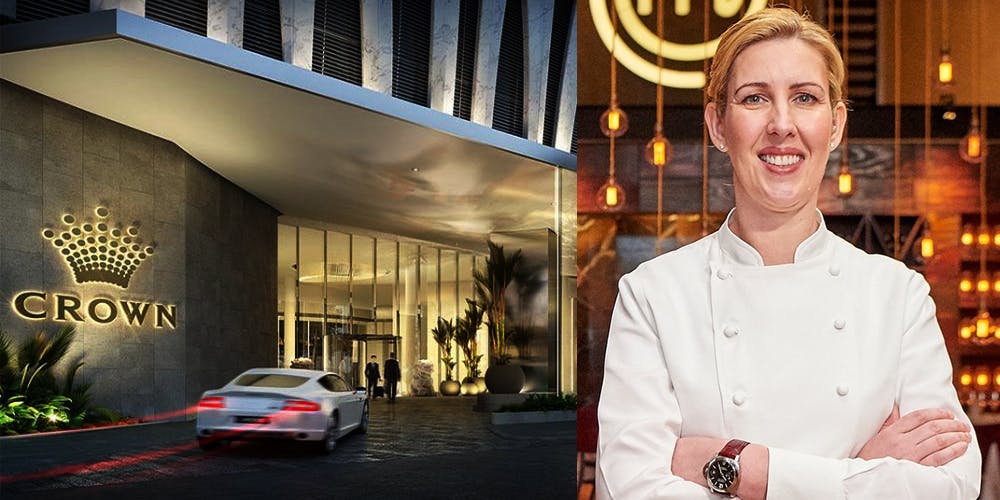 Clare Smyth is one of the most respected English chefs. For years, she has been working in the famed Notting Hill diner, Core. Smyth’s restaurant is a proud owner of two Michelin stars and it is also widely known for arranging the private wedding reception for Prince Harry and Meghan Markle.

Recently, we have learnt that the Core by Clare Smyth will soon open its doors in Crown Sydney. The restaurant is expected to receive its first customers in the first quarter of next year.

Smyth’s career is very interesting. There are many things that make her outstanding or distinct from other top chefs across the globe. For example, Smyth worked with a famous British chef and restaurateur Gordon Ramsay for 13 years, becoming the only female chef in the UK to run a three-Michelin-starred restaurant, before opening Core in 2017.

Back in 2018, Clare Smyth was named the world’s best female chef. The committee consisted of World’s 50 Best Restaurants’ chefs. We take their word for it!

The Core is the “core” place for great food

The restaurant is particularly famous for its use of organic and healthy produce. Most of the dishes are either seasonal or rely on sustainable ingredients, which are readily available from local farmers. Smyth’s restaurant, which is due to open in Sydney, will be no different in following exactly the same principles.

The great chef is already familiar with the country’s food scene. Clare had traveled to Australia quite a few times already. She is in love with the nation and has reportedly said that she will be very happy to contribute to the development of fine cuisine in Australia. According to Smyth herself, she is eager to use fresh products from the harbor and use local suppliers. Unfortunately, we do not know what dishes will make it to the menu quite yet.

The Crown Sydney project was first presented to the local government in 2013. Having consulted the authorities, Crown Resorts received the “green light” for construction in the same year. But since then, the opening dates and final outlook for the complex were subject to a few changes.

Crown Sydney will be 271 meters building, with 75 floors. There will be 14 restaurants, one of them being a concept or “signature” restaurant by Clare Smyth. The hotel will count on 349 rooms. What else is included in the complex?  Luxury apartments, a pool, spa, conference rooms, and of course, VIP gaming facilities. The company has decided not to mention the word “casino”. Preferring to use the term “premium table games facility” instead.

The total cost of the project is around $2.4 billion. It is undoubtedly a great investment for local tourism.