New decade takes off with the Aussie Millions Poker Championship 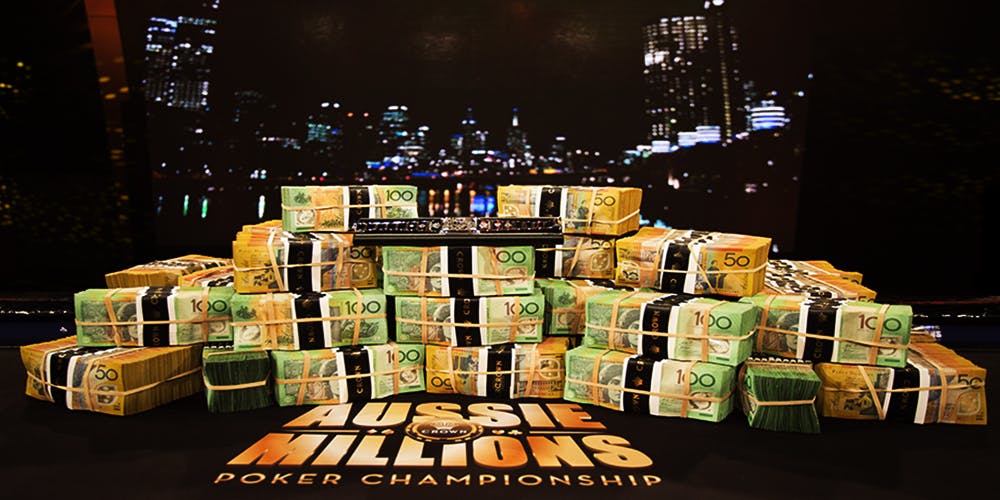 Australia is a country that holds a leading position in the industry. Casino and generally gambling is very common among the citizens. Almost 80% of the population is involved in one or another activity and almost half of them play poker, making the game one of the most popular and interesting.

Annually Australia is the host of one of the largest poker tournaments in the world. World Poker Championship, Australian Open and the Aussie Millions are the events that are the biggest events and thousands of people attend the event, as well as hundreds of people all across the globe, participate in the event in order to save the title of the winner and win the total prize pool of over a million.

2020 is the beginning of the new decade and apparently is the year to expect the largest event so far. This year the Poker Championship takes place in Crown Melbourne. The location is unchanged, which is for the purpose. Crown Melbourne is one of the most luxurious casinos in the country and is the annual host of the main event and hosts over a hundred participants and thousands of visitors for the vent. The poker tournament in 2020 is the first and one of the largest events to welcome the new decade.

The event is scheduled to take place from the 4th to the 25th of January. There are featured 23 tournaments. This is slightly less than the previous year, featuring 27 tournaments. The event presents several flights. Some of them were for the opening event, during the 4th and 9th January.

In order to enter the tournament participants need to place the buy-in fees. The fees vary according to the flights and the dates. The minimal fee for the specific flights will be A$1.500. Then the fees increase on average being A$25.000 and the highest fee being A$100.000 buy-in challenge.

The lowest buy-in tournaments have taken place from the 4th until the 9th of January, while the highest buy-in fee challenge will be starting on the 23rd of January. The A$100.000 challenge has been taken down by US poker professional Cary Katz.

During the poker tournament, there will be another event part of the festival, which is the Aussie Millions Tournament of Champions. The tournament is scheduled for the 21st of January and will feature the A$1.500 buy-ins.

The History Of Winners

Poker championship and the tournament is one of the most demanded events in the gaming industry. The tournament has had great success for the past years. So had specific players the great success. The previous winner of the Aussie Millions Tournament of Champions was Daniel Tang from Hong Kong. he won the first place prize, which was almost A$75.000. The victory that Tang obtained was all among the 309 entries and generated the prize pool of A$316.725.

Another very interesting story is of Bryn Kenny, who was the winner of the Main event last year. The final table play was indeed very long. Together with the two opponents who were Mike Del Vecchio and Andrew Hinrichsen Kenney played 109 hands. After that, they decided to make the deal in order to end the game. It appeared that Del Vecchio had more chips, though Kenny was the one to stand on the title of the winner of the tournament and so he was declared. Del Vecchio agreed that Kenny would get the win and only $436 would divide the two’s purses. In the end, Bryn Kenny claimed the first place prize of A$1.272.598.