Mitch Wishnowsky is the second Australian to play at Super Bowl 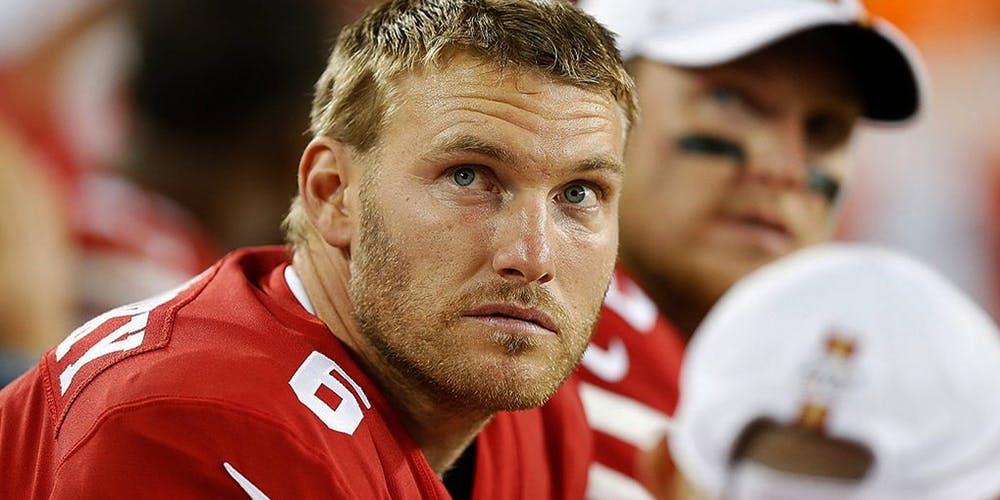 The 27-year-old punter, originally from Perth has dropped out of school, just to follow his dream. It is true that at first, he thought that his dream was to become a glazier, but soon after he discovered that it had nothing to do with his true passions. It was in his early 20’s, when he took the right turn, switching to football, choosing to play for the Cutin Saints. Imagine, he might have still been stuck in the sporting purgatory!

Craig Wilson, who was also his coach at the Saints, proved to be a true mentor and the actual turning point for the punter. Wilson was the one who cleared the path for Wishnowsky. He is credited for recommending him to John Smith and Nathan Chapman. Back then, they led a program that focused on raising future punters. The program was still in Down Under and it had consisted of college football classen. Meaning that Wishnowsky needed to graduate from college first! It took him quite some time to adapt to the college routine and perform well academically. But he was determined enough to show off his football skills, putting everything he had on the line, moving to Melbourne just to chase his dream.

That specific step was crucial for the punter. It allowed him to master his technique, building him as a player from the ground up. It was where he learned everything that brought him straight to the Super Bowl.

In an interview, Wishnowsky mentioned that those years in Melbourne were the hardest time in his life. He said that this is exactly when he decided to sleep in the gym bathroom. Why? Not to pay rent for a flat. At that time, he had to find work in different pubs and restaurants. For the rest of the day, he would work out at the gym and train. So perhaps the gym locker room was not the worst decision then? As he elaborated in passing, there was even a point when he decided to quit, facing unbearable workload and absolutely no energy. But he had built up all the motivation to succeed and this is what kept him going in hardship, feeding his survival instinct.

It is said that after the black line in your life, the white line is what follows immediately after. The white line appeared in Wishnowsky’s life as well. He was invited to one of the hottest NFL teams, even signing a $3.3 million contract. And yet, that was just the beginning… He will soon be there, at the biggest game in the US, representing one of the country’s leading teams. The guy still has great prospects ahead of him!

Wishnowsky recalls that his family was extremely upset with him when he decided to leave Perth, dropping out of school. They even called him “mad”, even though now, his parents and the whole family is very proud of his achievements. They are also very supportive and follow his games on the regular. He said that his entire family, his fiancée, and all his friends will be, in fact, attending the match in Miami. This is an additional motivation for him to do well.

Wishnowsky was drafted as 110th overall by 49ers at the training in Santa Clara. With his 188 cm and 100 kg frame, the Australian punter is perhaps one of the biggest hopes for the team. He was selected for the fourth round in NFL.

Richard Sherman, the veteran cornerback is one of the biggest inspirations for Wishnowsky. Sherman had a warm welcome for Wishnowsky, as soon as he arrived in the Bay Area. He even gave him a short tour of his Tesla. As the 27-year-old Aussie punter said, he was very impressed to be welcomed by such a famous figure in the car, though he also mentioned that sitting in the back seat is definitely the least likable moment in the whole story. Who knows, maybe Wishnowsky will be lucky enough to get his own one Musk-mobile, once he wins the Super Bowl? Though he has to think of the engagement ring for his fiancée first, as he plans to marry in June of this year.

Robbie Gould is one of the teammates who has already been to Super Bowl once. He is the right person to rely on in terms of advice. The whole year has been widely successful, and the trip across to Miami should end with another sweet victory, provided that they defeat Chiefs.