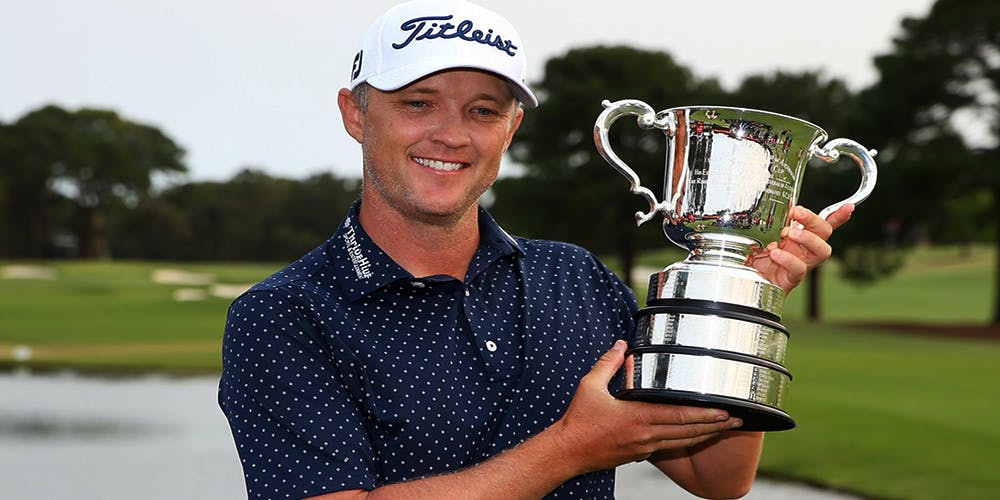 Matt Jones is the 38-year-old Australian golf player. It has been the great news that he has joined Gray Player, Jack Nicklaus, Greg Norman, and Peter Thomson as multiple winners of the Emirates Australian Open. The championship where Matt had a magnificent victory, was played from 5-8 December at The Australian Golf Club. The victory was brought to the 104th championship.

The title that he won now is the same as he held back in 2015. It seemed very much like a Deja Vu as he had a similar putt of just more than a meter to win the Australian Open and smooched it in via the left edge.

It Has Been An Easier Putt

After the triumph, Matt Jones gave the interview to where highlighting on his performance. It was much of pleasure for him especially to successfully come to the finish while having his three kids present on the championship. Jones has also mentioned that the match was very interesting for him to participate in.

“No, I like to make it interesting,” he said. “It couldn’t have been an easier putt, this one. The first one (in 2015) I didn’t really know the read. This one I could hit it as firm as I wanted. It could have hit the right edge and it would have gone in. But I thought I’d hit it pretty soft and just trickle in the left side.’’

Matt Jones is the 19th on the count who has ever won multiple Australian Opens. It is no surprise that he gave his family to be proud of. All of the public attendees are well aware of the fact that Matt Jones is an Australian boy who made his success path in America.

“To be on the trophy with Jack and Gary and Greg and Adam Scott, Rory McIlroy, Jordan Spieth; to be able to do it twice is very special and something that I’ll be able to look back on later in life and be very proud of,’’ he said. And we can see it all from his eyes.

You can see the final results of the multiple winners of the Australian Open down below.