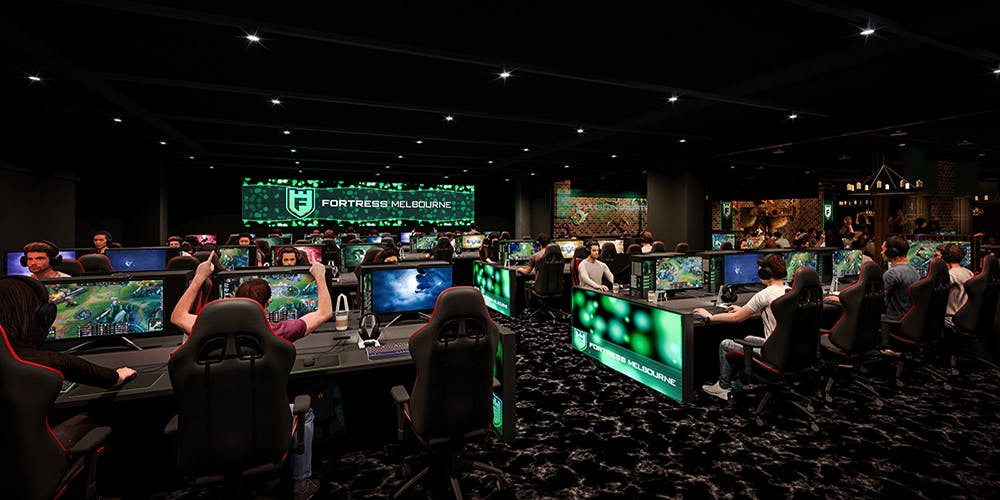 Soon the affiliate of Allied Esports Property Network will open Australia’s home for its own fast-growing gaming community. What can we expect? First of all, the venue will feature a 200-seat esports arena. Plus, there will be a gaming space with 120 PCs. They better have their power supply in order! The venue will also operate two bars, serving food and alcohol.

Jon Satterley, co-founder and the CEO of Fortress Australia talked about the initial idea of building a dedicated venue in his hometown, Melbourne. This is exactly what the gaming community needed: an affordable space, that is suited to every gamer. In principle, the new space should cater to every field or sub-category of gaming. Music aside, playing games is Satterley’s one true passion.

Satterley is involved in the gaming industry since 2012. Back then, he worked for the Village Roadshow. You can see the professional in him, especially when you consider that he started playing games in the 1980s. This is the time of the first video games. Perhaps this what instilled the passion in him? Satterley had observed new tendencies ever since and brought gaming to the Village. But eventually, he decided to go solo and develop the idea on his own. It was then that he came up with the genius concept: create a shelter and collective “home” for every gamer in the country.

If we are to comment on Satterley’s long journey, and the lengths he went to promote his idea, then the popular proverb “every big journey starts with small steps” is the perfect way to describe it.

In order to build a gaming arena from scratch, you need some material assistance. Factor in expert advice and proper planning. And the job is simply too much for a one-man enterprise. But Satterley did not compromise on any of it. Instead, he addressed the CEO of Allied Esports Property Network on LinkedIn.

The message went through and the two soon agreed on a meeting in Las Vegas. This was perhaps the biggest turning point for Satterley and his idea. Fortress Australia was to become an affiliate of the Allied Esports Property Network.

But Satterley did not stop there. He, and his team, set themselves the task of finding the best place for an esports arena. They decided to go to the Emporium, one of the biggest venues in Melbourne.

Fortress Australia is due to open at the beginning of March, with a big welcome event by the end of the month. The two-day Fortress Fest will be celebrated as the official opening of the venue. By the end of March, Fortress Australia will already have been operated for some time. By then, it will have tweaked its strategy and solved any existing bugs.

During the interview, Satterley mentioned that they are planning to open similar venues in Sydney, Perth, Brisbane and even in New Zealand. The last one is one of the best destinations for esports lovers, and gamers, just in general. There is no doubt that the company will be successful and they will be able to expand in different cities. Even though we still have the main opening event ahead of us!