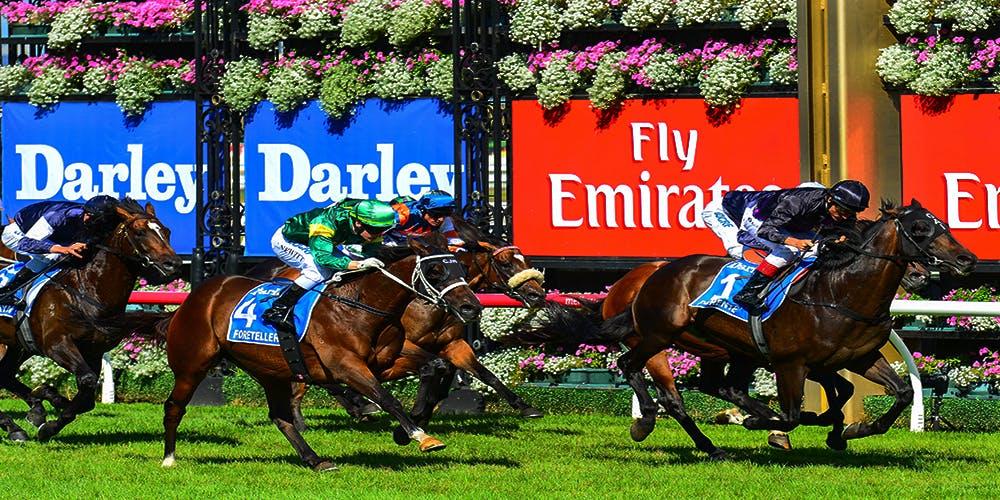 The Australian bushfires have been extremely costly for the local population. The scale of the disaster is pretty hard to imagine until one sees the footage of trees burning at an intensity that seems almost impossible to control.

In order to emphasize just how serious the bushfires in Australia are, the smoke and haze of the disaster have been seen quite extensively in neighboring New Zealand, and according to new reports, South American countries are starting to experience the smoke as well.

Therefore, it’s not very surprising to see a town like Flemington be affected by the bushfires as well, and having to cancel outdoor activities due to serious air quality issues.

Racing Victoria was forced to call off all of the planned events due to the hazardous circumstances but is hoping to find a gap between smoke dissipations and consolidations in order to hold the events and be done with them before the fire is taken under control.

The operations manager of Racing Victoria, Paul Bloodworth mentioned that every official meeting planned for this week was postponed to Tuesday 21st of January while other slightly faster events would take place on the 18th in the case of good weather.

However, Australian meteorologists have concluded that both the 18th and 19th of January will see the smoke haze return to Flemington after a quick fade during Friday, meaning that Bloodworth and Racing Victoria cannot be 100% sure about the postponing of the events.

Sure they could postpone it for the next week but considering that all of the participants and officials that were planning to take part in the races need food and accommodation, it could cost the organization a small fortune to cater to their needs.

Racing Victoria is most certainly not trying to hide the sheer scope of funds that it’s poised to lose due to terrible weather conditions.

Just from missing one race in the Caulfield meeting, which was not supposed to be the biggest attraction of the season, the organization lost around $50,000 just from attendance and coverage alone. Considering that there were some wagering proceeds to be had for Racing Victoria, it’s likely that the total losses have reached nearly $100,000 in total.

Pairing all of these rescheduled races alongside the accommodation and support of event participants, Racing Victoria really needs to have at least one breakthrough of clean weather just so that it could lighten the burden coming over this weekend.

According to new weather reports, a large part of Australia is currently experiencing rainy weather which is putting out quite a lot of fire locations, but that doesn’t mean that the smoke is stopping with it as well.

It’s predicted that once the fires are extinguished by the rain, the smoke will continue traveling across the country and reaching major cities for the majority of the days to come in January.

Overall, Racing Victoria, as well as other outdoor sports and events, might have to cancel the January/February season completely, coming up with a significant loss that they can’t necessarily get back from the government.

There is still hope for the 19th which could host the horses that were rescheduled from the 15th.