eSports – from child’s play to a global phenomenon 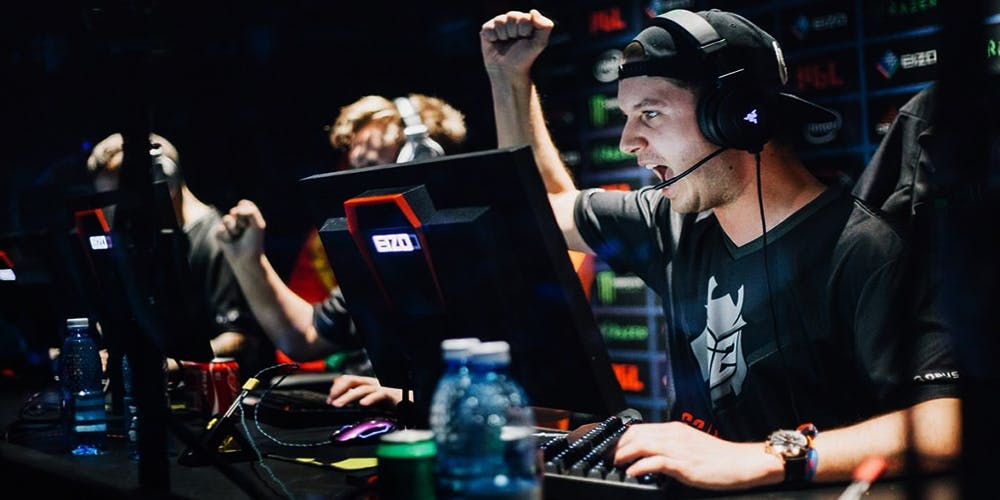 From the time the video games were conceived, back in the 1950s, they were always considered a child’s play. And that was more or less true since the majority of their consumers were actually children and teens.

The parents begrudgingly bought gaming consoles and computers to their children, knowing that they were making a serious mistake. Of course, they wanted their kids to read books, study, socialize more, and play with friends outside, however, the children got more and more into those games.

And the gaming industry contributed to this situation even further. Year by year, the new games were added to the collection, bringing action-packed shooters, adventures, racing games, and so much more. It was practically impossible to resist the temptation.

But the gamer culture grew even beyond that. For a long period of time, video games were confined to a single-player mode, at home, by yourself. And while it was sufficient for having fun, there were so many possibilities waiting to jump out of the box.

eSports coming out on stage

And while this situation lasted for a while, the birth of eSports tournaments started to change the status quo and attract other demographics. Parents scolding their children for playing Dota 2 or Fortnite is becoming less and less frequent, as even they have become involved in this massive industry which generates millions, and even billions of dollars annually.

The first-ever tournament known to the gamer community was held in 1972 at Stanford University’s Artificial Intelligence Lab in Los Altos, California. The Lab was one of the very few places where one could find specific technical equipment necessary to run the sci-fi game Spacewar. And the winner, Bruce Baumgart, was awarded a one-year subscription to Rolling Stone Magazine.

And while its prize pool was certainly underwhelming, at that time, even the Rolling Stone subscription was exciting to the tournament’s participants. And as time went on, the rewards became much more sophisticated and expensive.

What better way to demonstrate this evolution than mentioning a 19-year-old Melbourne resident who won a staggering $4.62 million in a Dota 2 eSports tournament – The International. To compare the scope of the award, the world-famous tennis player Novak Djokovic took a smaller reward for winning this year’s Australian Open. Now that’s quite a reward, isn’t it?

And if one country is worthy of being called the hub for eSports gaming, it’s definitely Australia. Every year, various eSports tournaments are held with millions of dollars in their prize pool. For instance, the Melbourne eSports Open was held in August this year for the second time, and it combined some 17,000 fans with very lucrative deals.

Not only that, but Australian eSports players are also conquering the world stage. The world’s biggest tournament, The International, attracts millions of participants from all around the world. And this year’s tournament, Australian-born Anathan Pham came out as a winner of the richest competitions in the world. The prize pool was a staggering $US30 million.

Some analysts compare the eSports tournaments to conventional entertainment industries. For example, The International is said to draw more viewers than the US Super Bowl.

In general, the industry is so lucrative that it’s expected to surpass $1 billion in net revenue this year. And when it comes to the whole gaming industry, not just eSports, Hollywood and the music industry pale in comparison to its global reach.