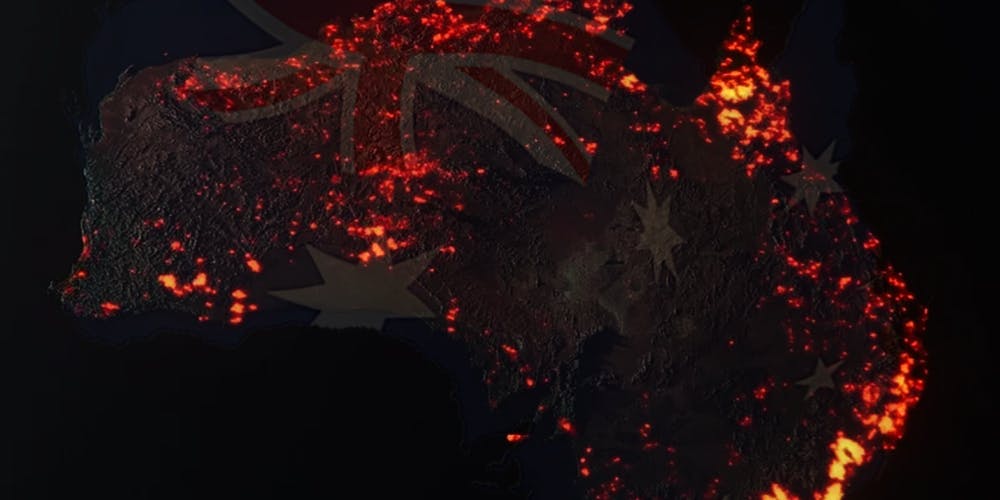 Australia is on fire! This is something that none of us would like to hear, though it is true. The bushfire in Australia has been actively progressing for months. The fire has already reached the record damage rate and is increasing even more.

The fire started back in September and since then both the governmental structures and volunteers have been actively involved in setting off the fire, though nature seems to be way stronger than the firefighting machines and millions of dollars.

Many people have made huge donations for the fire assaults. Many celebrities and authorities have contributed to the fundraising for the Australian forests and animals. Though this can be useless unless the natural catastrophe decides that it is enough already. The temperature has hit the record index by the middle of December.

The temperature in the country was up to 57 Celsius, which is the highest index for the past century. The average temperature in the whole country still is very high, though the long-awaited rain and humidity have finally reached the country. It has been raining for the past several days, though due to the strength and the width of the fire it can not yet be fully set off. As the forecast and authorities said the temperature is supposed to rise again by the end of the week, meaning that the fire can come back.

Millions of hectares have been burnt and thousands of animals have died since September. As a result of the stress and injuries, hundreds more are expected to die in the near future. The fire has taken the lives of 25 people and over 600 houses in the states of New South Wales and Victoria. The damage is very big, many people have been fighting the natural catastrophe fearlessly.

Many donations have already been made by different authorities, betting companies, celebrities, and businessmen. The charity funds have been opened and people from all over the world and all spheres seem to come together to tackle the crisis. US singer Pink, Australian actress Nicole Kidman, Australian Actor Chris Hemsworth and Kylie Minogue have donated millions of dollars for the bushfire crisis relief. The Australian government has revealed that they will be committing $2 billion for the recovery of wildfire damage.

A Crown For Charity

The celebrities are not the only ones. One of the biggest donations that have been made so far is by the Australian billionaire businessman James Packer, also known as the owner of the Crown Resorts casino company. Crown is one of the biggest gambling companies in the world. It is definitely one of the largest contributors to the market as well. Everyone knew about the successful operation of the casino, through the generosity and charity of the family have yet been unknown. The family donated in total $5 million to bushfire relief in an unprecedented bushfire crisis. The donations will fully be directed towards fire and wildlife services in the states of NSW, Victoria and Western Australia.

The first movie that the family showed off, was that Crown Resorts’ hotel and casino complex in Melbourne offered 200 rooms to Mallacoota evacuees who were transported by a navy ship over the weekend and had no other place to go and had their houses burnt and lost in the fire.

Mr. Packer made a comment regarding the huge donation their family has made. He said that Australians are digging deep to support each other in the very critical days, and this is very inspiring for everyone. He also mentioned that the family is very eager to do more and the best they can in order to assist the ones in need, the best way to do so is to increase the donations. The head of the gambling industry in the country made the move that is very impressive and inspiring for the people willing to contribute to the relief.