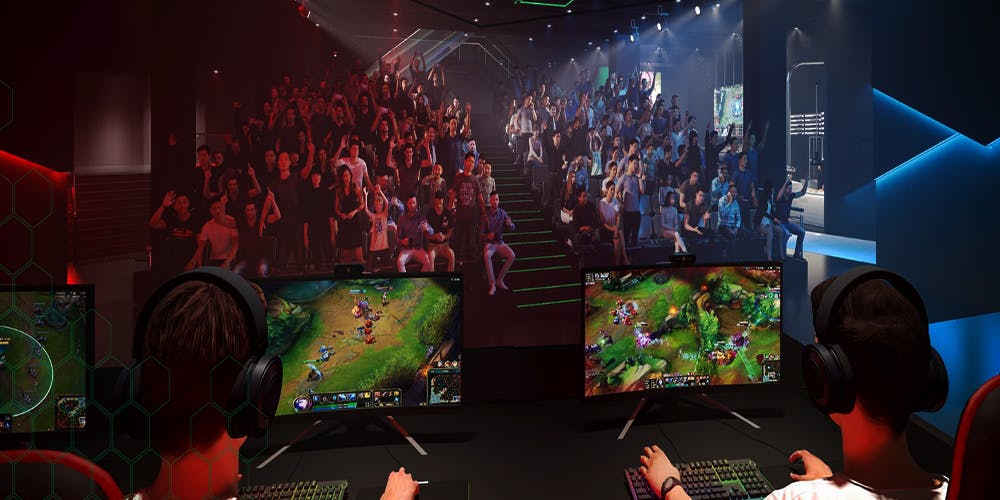 Australia is one of the biggest markets in the gambling industry. There are hundreds of wagering providers and most of the population is involved in gambling activity. Not only it is about gambling, but gaming itself is very popular among the citizens. Many people play and gamble online or offline and the government has even come up with the idea of implementing gaming in the school’s curricula.

Not only it is about the educational sector, but the gaming industry is spreading all over the continent in every corner. Consequently, with more and more people being involved in the industry the need for innovations and new venues raises. Die to this fact, a new Fortress – Australia’s Big Gaming Venue is within the plan of construction.

Probably the biggest gaming venue in Australia came to mind to Jon Satterly, who then was working for Village Roadshow, as the chief digital officer. He is now the co-founder of Fortress Esports. As he states in the interview that for some time his idea was not fulfilled due to the lack of support from the authorities’ side, now, thankfully he is able to make his idea come to life.

The idea behind the venue is to create a common space for the families, youngsters, gamers and other interested people. The venue will be fully digital and high-tech. It is supposed to be very interesting and exciting for the people who especially love to game for one time or consistently. This is the developed an upgraded version of the former Internet Cafes and will have some of the most updated features that the venue can offer.

Why would people be interested in visiting? Well, because it might come out as one of the best entertaining and relaxation sports places where people of all ages and interests could find their own corner.

The original project has been in the process of making for already two years. There were some difficulties on the way, as usual. First, it was very hard to find proper funds and partners willing to invest in the project that does not even have the venue, though it is promised to be very successful. After some of the investors and partners dedicated their time and finances to Jon’s idea the process of looking for the venue began. There was decided to choose the center of the capital, the center of Melbourne.

This was at some point due to location, but mostly about building itself. It had to be big enough as well as comfortable for the designing process and space. Emporium was the company that was chosen for the architecture and design partner. They have already created a similar concept and perhaps are the best of their type. Anyway, Jon and his co-founder George Constanza are extremely happy with the partnership.

The Fortress Esports will be the evolution of the standard internet cafes that offered visitors screens and specific time for the play. In the Fortress there will be dozens of PC, with big screens and dedicated areas where people will be able to compete with each other as well as to spend their time practicing on different the most popular and up to date games available.

The partnership agreement is already signed and more attention is driven by future investors as well as from the visitors. People are hyped about the idea of having a huge Esports gaming venue in the capital’s center.

The construction is definitely one of the main priorities, and founders have been taking care of it. Though the partnership with the PC tech providers has already been signed and some of the vendor agreements are scheduled for the future.

As it is stated via the founder fathers of the Fortress Esports, they are being careful about the esports stuff as they know that the path is long and difficult and some of the fails are expected. They avoid some of the grand events in the venue as they know that it will not be efficient, though they have some great offers and events proposed after the opening of the venue in 20020.

The venue with the 200-seat esports arena, that will be located in the Melbourne’s center, is definitely a reason for excitement and has already been a topic of discussion. There is still time before 2020, but the Fortress is promising to be the best shelter for the gamers.