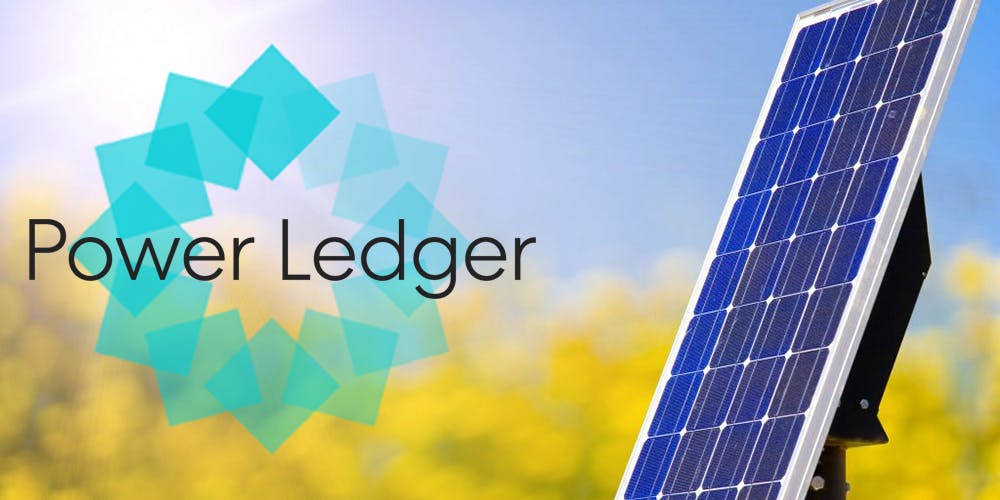 Australian blockchain-based firm has been getting a lot of attention recently. Power ledger offers an energy trading platform that allows for decentralized selling and buying of renewable energy. The company is scalable to different energy infrastructures and regulations and operates on a dual-token ecosystem operating on two blockchain layers. POWR tokens are used interface with the ecosystem and can actually be converted to Sparkz, which can be used for frictionless transactions in the energy exchange market. The whole world is trying to move towards renewable energy consumption but sometimes that might be too costly or physically impossible for regular citizens. This new initiative to make renewable energy more accessible but also efficient.

What does energy trading mean

While the world is waking up to the necessity of renewable energy and the general consumption of energy is growing and growing this new project is actually helping to make renewable energy even more sustainable than it already is.

One of the top concerns when it comes to renewable energy, is that factors like the wind and the sun often contribute to unregulated, meaning too much or too little energy. If the panel ends up accumulating too much energy it just goes to waste. With the service that Power Ledger offers, you will be able to make transactions in renewable energy that will be based in blockchain making the transfer transparent and easy.  The company is based in Perth, Australia but its scope has long surpassed the boundaries of their home country.

What does Power Ledger offer

One of the most recent Power projects that have gained a lot of attention is the joint initiative with India. India’s energy consumption growth is currently faster than that of all major economies. With the sharp rise in demand, the country looks for more sustainable solutions as it aims to leave the old energy production methods behind. India is on a mission to increase blockchain adoption to use all the perks there are to this ledger. Sustainable energy is just one of the fields that the country is set to modernize. The ambitious collaboration between India and Australia might kickstart a worldwide trend.

The project aims to boost renewable energy with the P2P trading platform. India’s biggest state Uttar Pradesh with 200 million people will see the end result of the first phase of the project by March of 2020. Working together with the state’s New and Renewable Energy Development Agency, Power Ledger will enable households with solar panels on their rooftops to trade energy with their neighbours, using the blockchain platform. The project will start rolling out through government offices and then will be available to nearby neighbourhoods.

Locally the project is managed by India Smart Grid Forum (ISGF) which is a public-private partnership with the Indian government. So the project will unfold through direct collaboration with the government a state utilities. This is a trial project but that one that will set to tone for years to come where renewable energy transactions are concerned. If the feedback will turn out good maybe we will see the same projects implemented across the globe.

According to the executive director of ISGF, Reena Suri households should be able to set prices, track energy trades and settle surplus solar energy transactions in real-time through the smart contract that the Power Ledger offers on their platform. The planning process and site selection are still in progress and we’ll be able to give more details once the setup process is completed.

Another Power Ledger project is taking place in India right now. Amidst the selected group of solar consumers in Dwarka, the same ledger enables users without solar panels to access renewable energy. In this project Power Ledger is partnering up BSES Rajdhani Power Limited

This is the first company to use the Power Ledger technology in India. During the trial period people with rooftop solar panels sol excess solar energy to their neighbours, instead of just letting it spill back to the grid, which is what usually happens. This is actually a more sustainable and efficient way to manage solar energy and it allows people who use it to monetize it properly while also helping it to become more widespread.

As India’s economy grows and production goes up the ability to generate clean energy without a fully centralized grid is extremely important for the country. This trial is a way to move closer to decentralized power production that is also sustainable.

As mentioned above, India is not the only partner Power Ledger has but the size of the projects that the company is currently working on in India indicates that this move is the biggest opportunity the Australian blockchain-based company has had to move into an enterprise style applications and provide a guide for public policy in India.

Trading energy is more widely seen as a key to promoting the uptake of renewables and this project aims to build on that.

Power Ledger offers the transparency of blockchain and the ease of asset transfer to promote the better uptake of re-enable energy. This practice has already been taken up by the United States, Austria, Thailand and many more. This could be the starting point for making renewable energy mainstream and if this project proves to be successful as it has done in other countries, India will find it much more easy to fulfil its goal of staying away from traditional energy production procedures and moving towards a clean start. Australia Power Ledger has high hopes for the initiatives and hopes to promote renewable energy through projects like this.