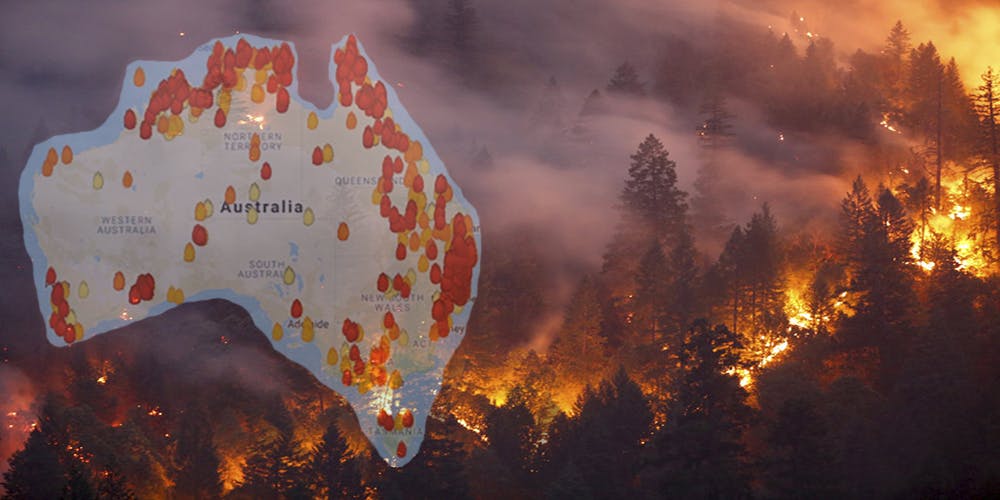 The Great Fire Of Australia

In addition to that, record heat has hit the most of the country’s territory this week, with numerous monthly temperature records falling, including in Melbourne, where the high reached 105.6 degrees (40.9 Celsius) on Thursday, tying a record that dates back to 1894, according to the Bureau of Meteorology.

While the weather warning has been official since last Friday, there is reported to be a catastrophic fire danger, which is the highest threat level in the state of Victoria. This comes together with the warning conditions in South Australia, New South Wales as well as in Queensland. The fire in NSW covered Sydney and other areas of the state’s eastern coast in the blanket of hazardous and dense smoke. This is a very dangerous condition for humans as well, as the tiny particles that are part of the dense smoke of 2.5 matter, can enter the lungs and raise the risk of serious illness.

The gambling industry is one of the biggest industries in Australia. Consequently, the biggest revenue and income comes to this certain industry. Gambling is one of the most popular activities and gambling⁄betting operators are involved almost in every sector of the country. This time and issue of the fire burning is not an exception.

Betting companies and operators have decided to contribute to the relief of drought-harmed bushes. The campaign “1 for Bush” is strictly attached to the Racing Queensland, which is also one of the biggest events for betting and a lot of people make decent investments at this time. The campaign Racing Queensland “1 for Bush” means that every time a horse or dog carries the Number 1 saddlecloth wins the weekend, $5000 will go to drought relief.

The initiative was introduced at the end of November pledging $1000 for every winner and since then major betting operators, Ladbrokes, TAB, Sportsbet and BetEasy have come on board and matched Racing Queensland’s contribution.

All funds and the donated money will be transferred to the QCWA’s Rural Crisis Fund. There will be 123 races run in Queensland this weekend, meaning that the opportunity and the donated money should have a valid amount in the end. One of the major wagering operators in Australia, Tabcorp also decided to donate $10.000 from the TAB Country Cup Challenge Final to the rural charity.

The Potential To Relief

There is a high possibility that the total amount of charity donation will reach up to $600.000. They are three contributors from the Country Cups Challenge Final. The winners have aware of $5000, $3000 and $2000 and will be able to donate the prizes to the rural charity on their personal choice.

The official of the initiative has come up with comments regarding the donations. One of the representatives, Dean Shannon, who is Ladbrokes Australia Cheif Executive mentioned in his comments that the “1 for Bush” is the great initiative, which he supports.

He also stated that there are many people and communities who are suffering from drought and need encouragement and support. With this being said he also outlined the fact that Queensland’s one of the best characteristics is that people can stand around each other in the moment of need. All of the Queensland based businesses are supporting the initiative, which is indeed the matter of being proud.

As good as it seems, Racing Queensland Chief Executive Brendan Parnell also mentioned in his statement that he is extremely happy and thankful for such interest and support and their “willingness to match dollar for dollar”.